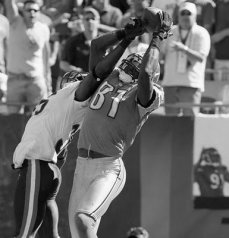 Sometimes, an elite quarterback is able to drop a well-placed, perfectly thrown football into the outstretched hands of a receiver. Certainly, most passes must be delivered with amazing precision to reach its intended target. However, there are moments when the football follows a less than desirable trajectory, and the receiver has no choice but to do one thing-jump up there and take it! The same can be said for opportunity. Sometimes an opportunity will arrive during a less than optimal time. Case in point: that senior specialist position is now open at my job. It is a role that I reasoned I would pursue after a year of working in my new job. New employees have to wait a minimum of six months before applying to a new position. However, due to a lot of internal movement within the department, that rule has been waived because candidates are sorely needed.

Well, there goes my plan of waiting a year. Now, I could adhere to my originally plan and wait until another opening occurs. Or, I could seize the opportunity now and go all in. Well, I am thinking I am going to jump up there and take it! A gentleman should always capitalize on a fortuitous opportunity-even if the conditions are unexpected or unplanned. Trust in yourself and have faith in God. What are you waiting for? Tomorrow morning…I’m jumping…what about you?

During periods of incremental stress and strain that will challenge a gentleman’s resolve, his fortitude will most definitely be questioned and tested. For any gentleman can display courage amongst a congregation of like-minded peers. However, how does the gentleman stand when he has to stand alone? Erect in the solitude of his decision making, he is solely responsible for his actions and thought process. His firmness is punctuated with intelligence, patience, and wisdom. While others succumb to the enormity of life’s certain uncertainties, this gentleman is unwavering. He does not buckle. He will not be defeated. He does not choose to remain static as life continually molds his reality. No, he recognizes a problem (or problems) and immediately seeks meaningful resolution. He does not wait for vain approval, nor does he seek empty accolades. He answers the challenge because that is what a distinguished gentleman does. Resolute. Steady. Dutiful. In trying times of standing alone, he is surely to stand tall. 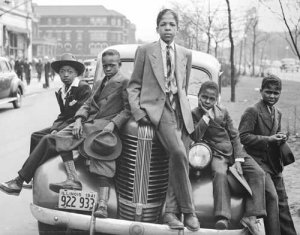 Men are not born with what one would identify as a “gentleman” gene in their DNA. Sure, some men naturally gravitate towards chivalrous, courteous behavior – but more often than not, such behavior is learned and embedded during various stages of male maturation. Conversely, some adolescents mature without said chivalrous attributes ever being instilled in their life. And that is an unfortunate reality; a reality that is shared by far too many young men growing up today. That must change. Now, as a child I would accompany my grandmother to the market for an afternoon of grocery shopping. My grandmother did not know how to drive, so we would walk to the market and I would help her carry grocery bags home. My brothers and I would actually request to tag along for such shopping excursions.

And now as an adult, I find myself helping elderly women in the market with their groceries, or helping them load bags into their car. Old habits die hard. Unbeknownst to me, the seeds of a future gentleman were being planted when I was but a youth. Furthermore, that benevolent mindset extends to other aspects in my life as well. Whether freeing a woman’s car from a snowbank or carrying a pregnant woman’s work bags to her car, I am driven by gentlemanly instinct. That is an instinct that must be imparted in young men today. It can be taught as an uncle, a mentor, a friend, or simply as a father. Chivalry. Valor. Courtesy. Politeness. Helpfulness. These are commodities that appear to be in scarce supply nowadays. If you are an owner of any or all, your wisdom is in high demand. Go ahead, there is a young man that needs you today. 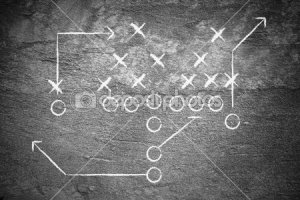 A successful gentleman understands that he does not approach life insufficiently prepared for what might arise. He has a carefully devised strategy. He has meticulously formulated a plan for his future. The better the preparation, the better the ability to handle adversity. No crisis or dilemma will seem insurmountable. Think about it: A coach does not haphazardly send his players into a game without a game plan. Even football audibles, though deviating from an original set play, have a purpose. Sure, a play may be broken, but an intelligent player makes the necessary adjustments and adaptations. Life will not perfectly proceed as you might imagine. A gentleman will encounter setbacks. A gentleman might face innumerable obstacles. Nevertheless, a smart gentleman has a mission. He has a vision. He has a plan. He even has a contingency plan even when the original plan doesn’t go according to plan. He has strategically placed himself in position for optimal reward. You can do the same-if you have a game plan. So, do you have one? 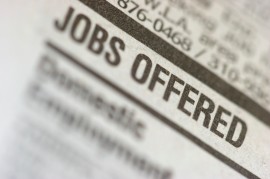 The following is a gentleman’s public service announcement: An intelligent gentleman understands and appreciates the delicate nature of a recovering job market. Certainly, the employment forecast is becoming brighter, but an astute gentleman demonstrates due diligence during his job search. Never stagnant, he works tirelessly to improve his chances of landing his job of choice. And once the moment arrives when a gentleman is standing before a potential employer, he fully realizes what his primary role is at that time-salesperson. He is a salesperson and the product that he is selling is himself. He soundly demonstrates that his experience and expertise are viable commodities that a future employer wants…no…needs at their company. His career goals are perfectly aligned with the company’s mission and vision. He is supremely confident, yet humble. He superbly demonstrates the ability to work independently, but he is a team player. He clearly shows the drive to continually improve himself and become a valuable asset to the company. By the time his pitch is done, the job is his. No questions about it!