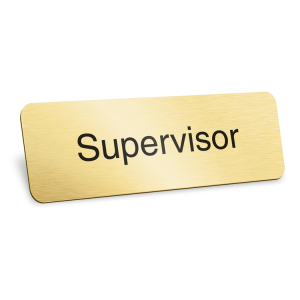 To be absolutely certain, the year 2016 presented quite the series of challenges that taxed me both mentally and emotionally. If a gentleman is so fortunate to live long enough, he will undoubtedly realize that life is lived through adversity and attrition. And so, I discovered myself during such a season, fighting against a torrent of unfortunate and distressing circumstances. Sure, I attained personal triumphs that varied in significance and impact, however, I registered a monumental disappointment that reduced me to tears of defeat as I sat on my couch – September 2, 2016. I remember that date very well because it was a day prior to my birthday. And it was also the day I received a rejection notice regarding a position I applied for at work.

Now, I am not a stranger to receiving bad news in my employment history. I have had certain benefits suspended. I have lived under the specter of unemployment and I have been terminated. I have received the unfortunate news that I was not selected for employment. Nevertheless, this moment of rejection resonated in a fashion that was tinged with hopelessness and defeat. The strain of fatherhood and being a husband was tremendous, and I was in the midst of collapsing under the weight. The position I sought was intended to help alleviate the burden and start correcting the course with a strong finish for the year.

Preparing for the position, I took all the necessary steps – or at least I thought – to be successful in my bid to secure the promotion. I identified the position a year before a vacancy would present itself. I periodically followed up with a team member to learn more about the position. I continued to work diligently in my role at the time; I even earned a promotion within my own department. So when an opening unexpectedly became available, I sought out to take advantage of the opportunity. I met with the director (the position was in another department), increased my research regarding the new role, and earnestly prepped myself for the impending interview for nearly a month. My performance during the interview was executed to perfection. Nonetheless, it was deemed that I was not the best candidate for the position. I was devastated.

As I opened my e-mail and read through the generic reasoning for not being selected, I sat in disbelief as if suspended in time. In my mind, this was my last gasp gambit at turning around a less than stellar year and beginning anew. I was lost. I was shrouded in uncertainty and I was terrified. And so, I sat in solemnity and solitude in tears. Later on that week, detailing my intense job preparation, my pastor told me the Lord was simply arranging something better for me and my family. Honestly, the conversation did not leave me hopeful; I was dealing with the immediate reality of confusion and doubt. Wallowing in misery is certainly not productive, so I was back on my work grind within the same week. Soon I was seeking other opportunities and networking throughout the organization. And then something amazing happened – a supervisor in my department surprisingly decided to leave the company.

And then something else amazing happened – my own supervisor encouraged me to apply for the position. Even though I have been referred to as a leader and many individuals have solicited my advice both on professional and personal levels; I never fancied myself a supervisor. When I hired into the company on an entry-level, I firmly dismissed the notion of pursuing upper management despite others urging me to do otherwise. Yet here was an opportunity that suddenly materialized in the wake of my previous disappointment. Fortuitously, I was already in grind mode from the previous job prep, so transitioning my mindset toward a new job goal was seamless. Subsequently, I earned a promotion to supervisor. I was being prepared for something greater after all. A gentleman’s failures are but a crucible, a laborious journey designed to forge character and strength. Because, even when times appear to be their most dire, failure can be success that has yet witnessed fruition.